Could there be a two-door Range Rover Sport?

2014 is the year of Discovery, with 25th birthday celebrations and the launch of the Discovery Vision Concept, but speculation is already mounting about future additions to the Range Rover line-up: a two-door Sport, perhaps? 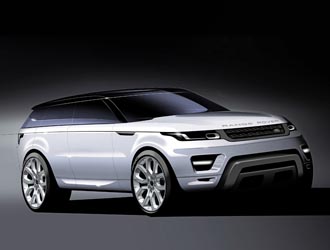 Land Rover’s design studio director Richard Woolley hinted at further expansion of the Range Rover line-up during a recent Discovery Vision presentation, showing a slide depicting all current Range Rover models and drawing attention to a blank space next to the Sport. Woolley said: ‘There are still more opportunities with Range Rover – we’re looking for potential in all sectors of the market.’

With the convertible Range Rover Evoque seemingly on the back burner, although not ruled-out, and the business case for an even smaller Evoque unclear, could the next model be a two-door L494 Range Rover Sport?

A two-door Sport would make a lot of sense, especially as other manufacturers such as Porsche are hell bent on stealing Range Rover sales with the Evoque-rivalling Macan, and a possible coupé version of the Cayenne – a bit like BMW’s X6. Add in the 540bhp-plus ‘RS’ supercharged petrol V8 expected later this year and you’d get a very exciting Range Rover derivative.

A big two-door Range Rover isn’t a new idea, of course. The Range Rover Classic is now a sought-after icon in original two-door form (built between 1970 and 1990), and the 2004 Range Stormer concept – which previewed the original Discovery-based L320 Range Rover Sport – was a two-door too. But it could foster an exciting niche in the growing big-SUV market.

Squint at the design rendering above and it’s not hard to imagine how good a two-door Range Rover Sport could look, is it?